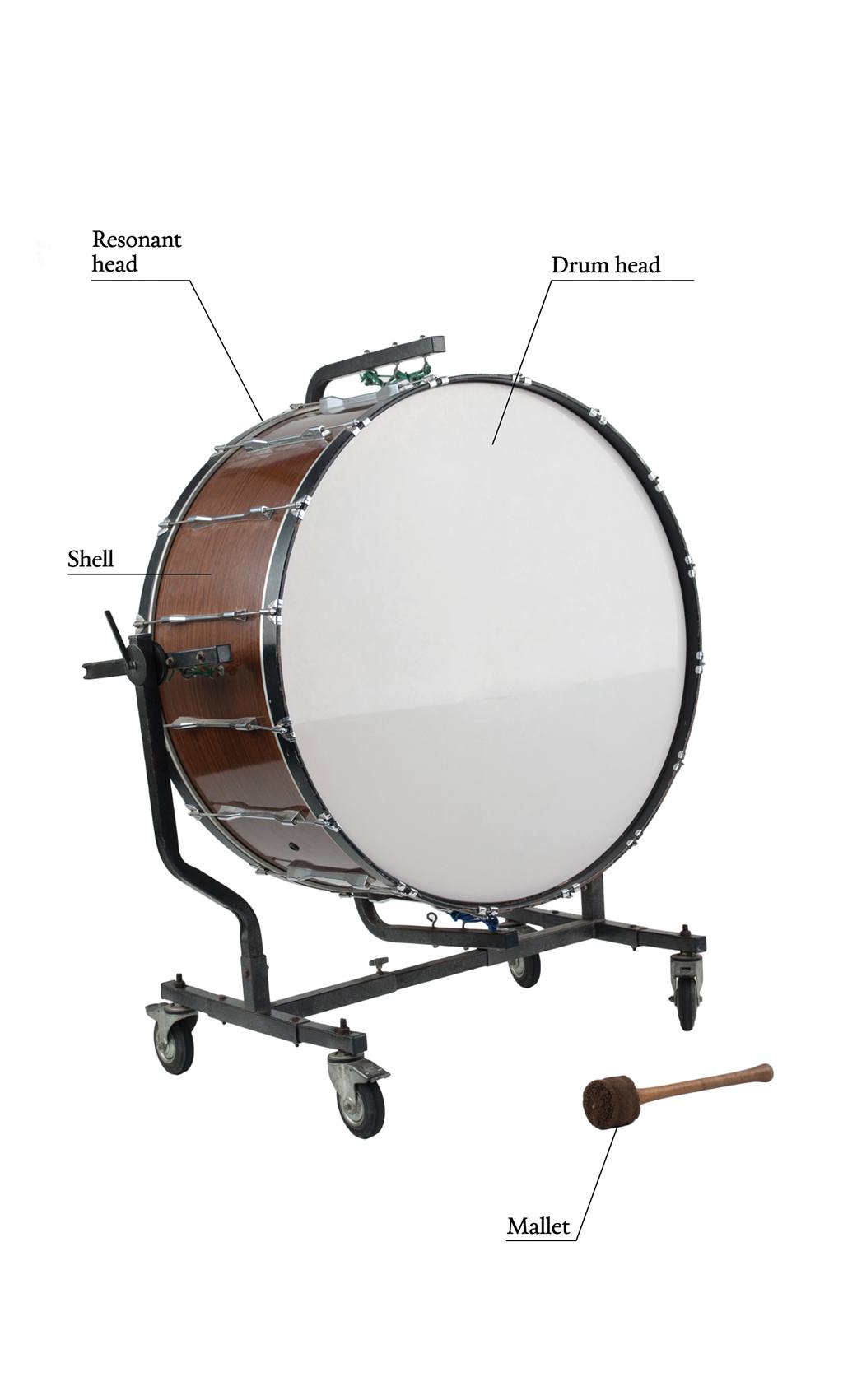 The name says it all: one solid hit on the bass drum can cover the sound of a whole orchestra, and make them jump out of their chairs! The bass drum is made of a cylindrical wooden frame called the shell, with two thin sheets of plastic pulled taut across either side to create the drum heads. The instrument rests slightly tilted on a frame, and the percussionist uses a heavy wooden mallet with a felted head to strike the upward-facing drum head. Since the bass drum can be played so loudly, there is generally only one in an orchestra. Even if its size would lead you to believe that it can only be loud, rest assured! It is possible to play very quietly as well. Unlike the timpani, the bass drum does not produce a defined note.

Large double-headed drums, similar to what we know today as the bass drum, have already existed for thousands of years! In fact, the ancestor of the bass drum originally comes from Turkey and reached Europe at the end of the 18th Century. It was rapidly adopted by Western composers in order to portray Middle Eastern colours in their music. It wasn’t long, however, before the bass drum lost this association, becoming a versatile and fully integrated instrument in the orchestra.

In the first excerpt, the hits of the bass drum contribute to the sombre and somewhat savage atmosphere in “Evocation of the Ancestors” from Rite of Spring, a ballet by Igor Stravinsky. In Mahler's Symphony No. 1, also called the “Titan”, the bass drum imitates the sound of thunder in the fourth movement, entitled “Stürmisch”, or “Stormy” in English. In the third excerpt, from the “Dies Irae” from Verdi’s Requiem, the bass drum plays an impressive fortissimo solo on the off-beats between the tumultuous descending lines of the violins: the one percussionist playing the bass drum fortissimo, Italian for “very loud”, is capable of sounding as loud as an entire orchestra!

The Rite of Spring: Part 2, Evocation of the Ancestors

Mahler’s Symphony No. 1 is the favourite symphonic work of Louis-Philippe Marsolais, Principal horn with the Orchestre Métropolitain! Discover what he loves so much about this piece!