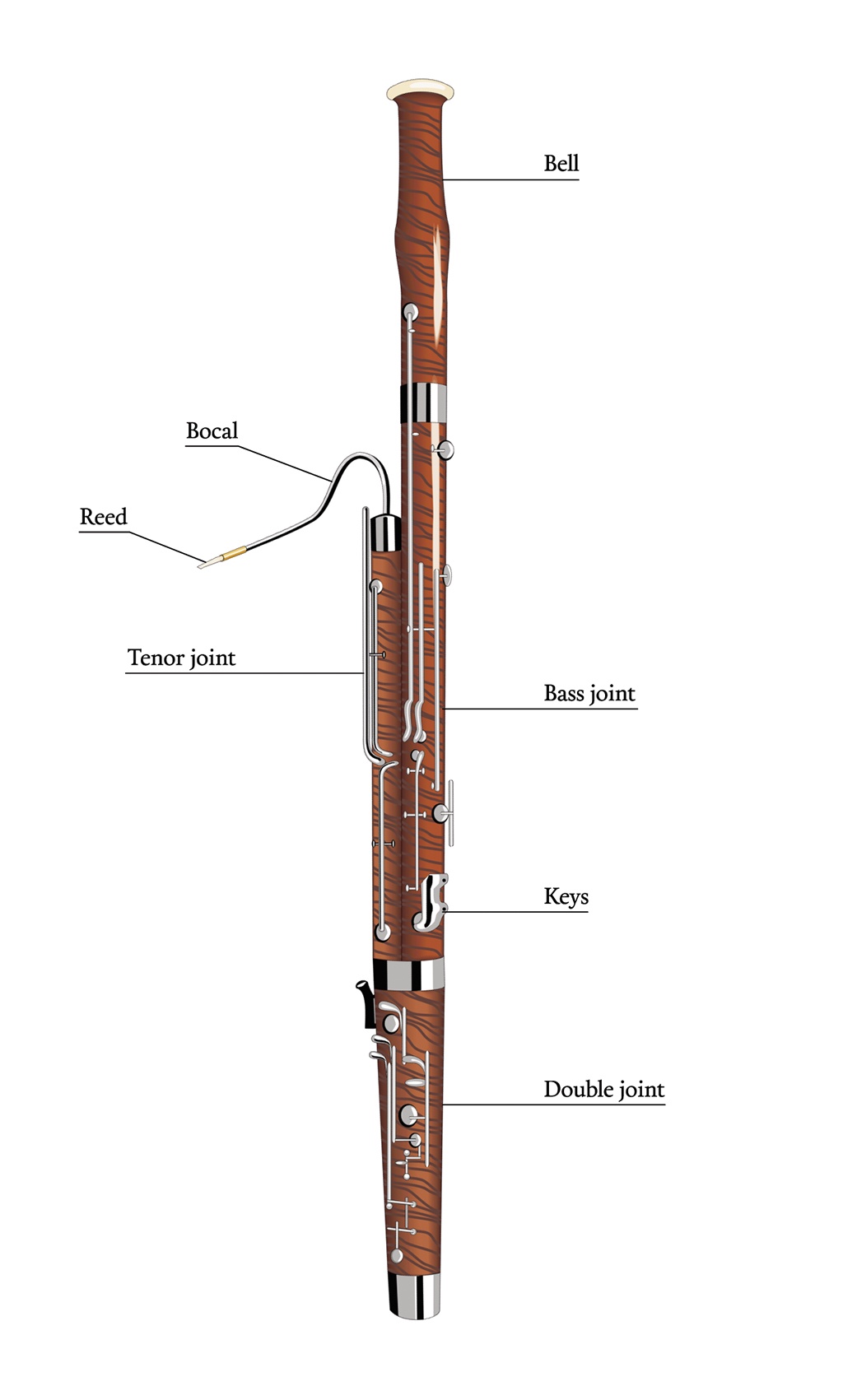 The bassoon is part of the woodwind family, and there are generally two in an orchestra. It is made of a long tube, usually made of maple, causing the instrument to be quite expensive. Like its cousins the oboe and English horn, the sound of a bassoon is produced by vibrations formed by the player blowing through a double reed fixed to a long, curved metal tube called a bocal, which connects the reed to the body of the instrument.

The reason why the bassoon sounds so low is because the tube through which a player’s air is expelled is much longer than one would think! Measuring in at 2.5 metres, it is effectively folded upon itself, making it half as long and therefore more manageable to play.

The theme played by the bassoon in the first excerpt represents the Prince, as recounted by Scheherazade in the symphonic poem by Nicholai Rimsky-Korsakov, inspired by the stories in One Thousand and One Nights. It is with the hypnotising song of the bassoon that we begin the Rite of Spring by Igor Stravinsky. The bassoon transforms into a soldier with “dragon-like” strength, marching to the military beat of the snare drum in Les dragons from the Suite No. 1 of Bizet’s opera, Carmen.

The Rite of Spring: First Part “Adoration of the Earth”, Introduction