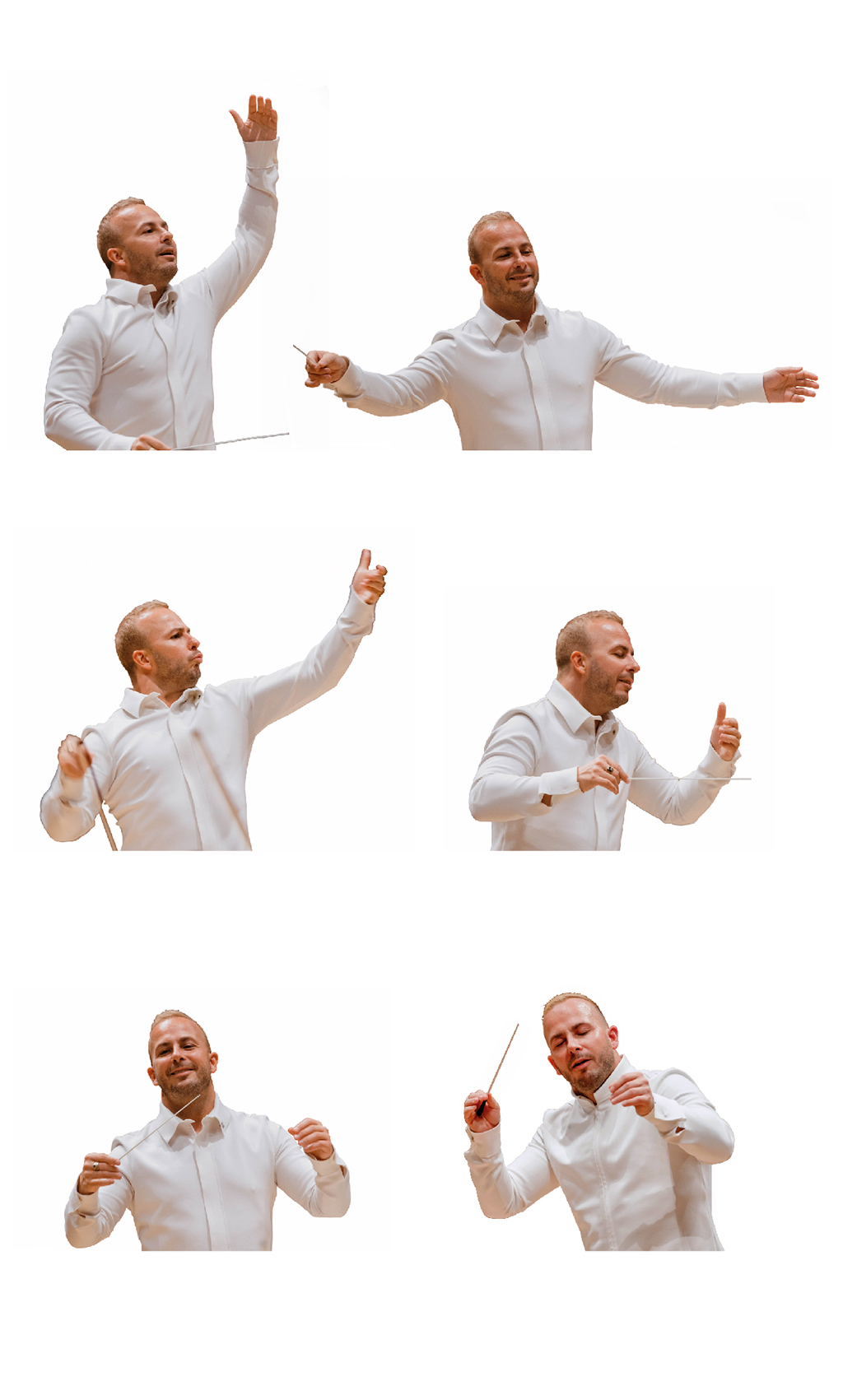 The conductor stands at the front of the orchestra on a podium, facing the musicians, because it is thanks to him or her that such a large number of people are able to play music completely in sync with each other! Using a baton, or even their bare hands, the conductor communicates a plethora of information through gestures to their colleagues in the orchestra, such as tempo (the speed at which the music is to be played), the dynamics (the different levels of intensity of sound and volume), and the articulation (note lengths and attacks). The right hand usually indicates the beat, and the left hand is generally used for expression, communicating the conductor’s desired musical phrasing.

In preparation for a concert, the conductor leads the rehearsals in order for the musicians to efficiently learn and refine each musical passage. A conductor spends an enormous amount of time before the rehearsals even begin by studying, analyzing and annotating their score, a large book which tells the conductor what the different instruments in the orchestra are to play at any given time. This preparation helps the conductor to understand what messages the composer wishes to communicate with their music. He or she must then decide how to best transmit these feelings and emotions found in the music through the orchestra.

The conductor is a leader, and as the head of a team, they must be convincing enough to enable the musicians to come together to communicate a common message with their music. He or she uses their face, eyes, and whole body to express the emotion they wish to convey and make sure that this message is transmitted to the audience. A conductor could, for example, demonstrate the fervency of a passage with large movements of their body, and inspire sadness by limiting their gestures to a minimum. A conductor’s body language, personality, and interpretation of the score all contribute to how the musicians react and play the music. The conductor’s instrument is the whole orchestra itself!

Throughout history, the role of conductor has generally been occupied by men. Today, however, more and more women are studying the craft and are making prominent international careers! The OM gives special attention to female conductors and promotes them in its musical programming.