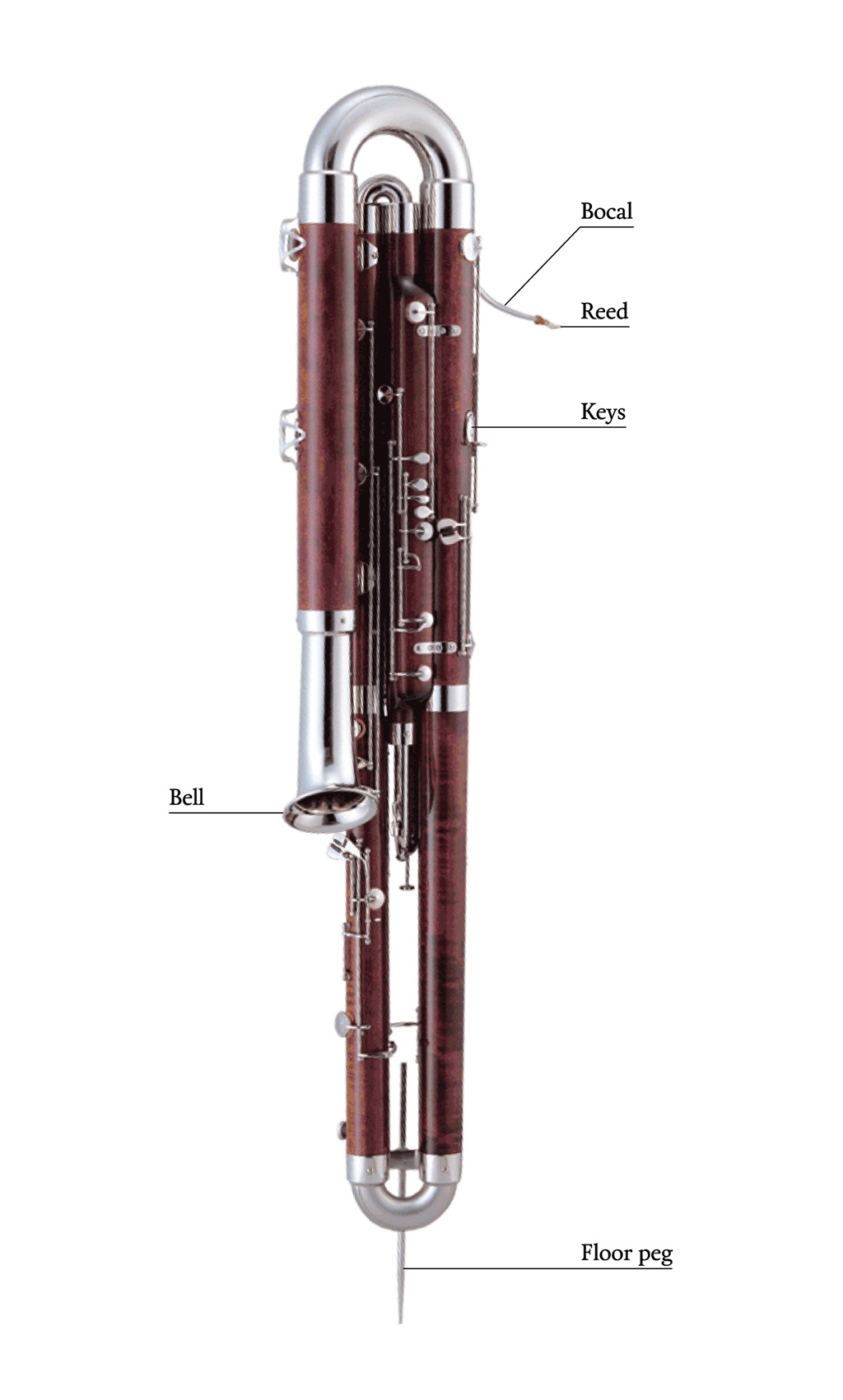 Part of the woodwind family, the contrabassoon resembles the bassoon. It is also played with a double reed attached to a long wooden tube folded upon itself, where vibrations from the reed resonate through the instrument. Like the bass clarinet, it is also supported by a floor peg. With a range as low as the second Bb below the staff of the bass clef (sometimes even to an A), it is, along with the tuba, the lowest instrument in the entire orchestra!

Like the bassoon, the body of the contrabassoon is folded upon itself, not just once, but four times! If one were to unfold it, the body would measure 5 metres, twice as long as the bassoon. The “bends” are called “joints”, like on the human body.

Heard alone in the first excerpt, from Les Bandar-Log by Charles Koechlin, the contrabassoon demonstrates its deep, low sound. In the second excerpt, the contrabassoon creates a mysterious atmosphere, followed by the famous bassoon solo in The Sorcerer’s Apprentice by Paul Dukas, as seen in the movie Fantasia by Disney. In the third excerpt, the low growl of the contrabassoon, accompanied by pizzicatos in the strings, evokes images of the beast, in The Conversations of Beauty and the Beast by Maurice Ravel.

Mother Goose: The Conversations of Beauty and the Beast