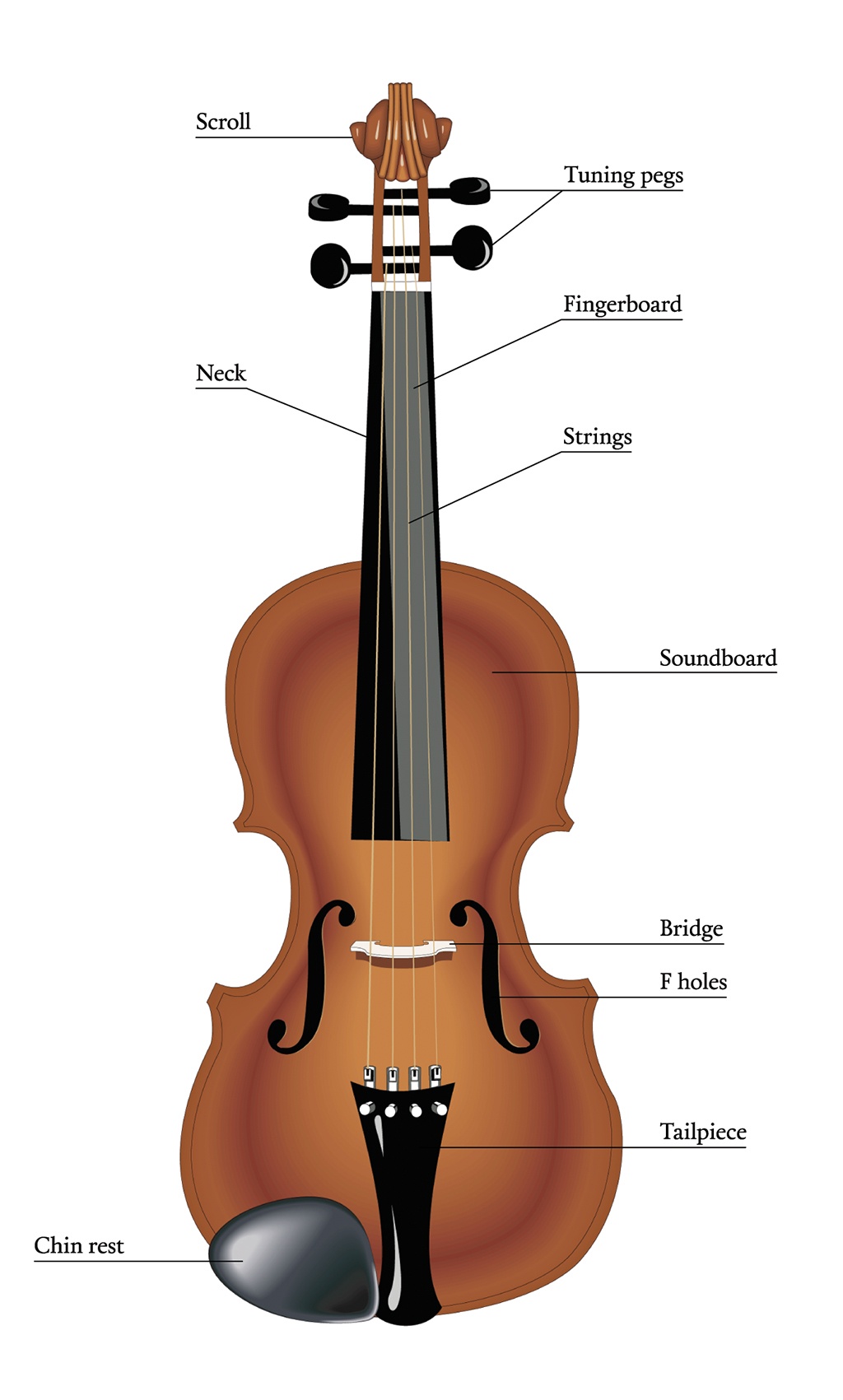 Though the violin is the smallest instrument in the string family, its voice is without a doubt the most ubiquitous within an orchestra. The instrument can be constructed from numerous types of wood, it is played by drawing a bow across the four strings (G, D, A, and E). There are two groups of violins within an orchestra, called sections, comprised of around 12 violinists each, making it the most numerous instrument in the orchestra! The first violins usually play the melody and play faster, louder, and higher than the second violins, who generally play a more rhythmic role within an orchestra. They are therefore very happy when it’s finally their turn to play the melody! In most orchestras, the first and second violins sit next to each other, to the left of the conductor. At the Orchestre Métropolitain, Yannick Nézet-Séguin prefers them to face one another: the first violins to his left, the seconds to his right with the cellos and violas in the middle. This is the placement as seen on the previous page.

The first violins section of the Orchestre Métropolitain

The concertmaster, seated just to the left of the conductor, is the link between the orchestra and the conductor. He or she sometimes plays long solos and initiates the tuning by standing up, to which the first oboist responds by playing the tuning note, an A. The rest of the orchestra in turn tunes their instrument to the note given by the oboe.

In the first excerpt, we hear a solo by the concertmaster, accompanied by the rest of the orchestra. In the second excerpt, the whole section of first violins plays the beautiful theme of The Moldau by Smetana. Can you hear the dialogue between the two violin sections, in the excerpt of Beethoven’s 6th Symphony, the “Pastoral”?

The suite from Richard Strauss’ opera, Der Rosenkavalier, is the favourite symphonic work of Johanne Morin, violinist with the Orchestre Métropolitain. Discover what she loves so much about this piece!