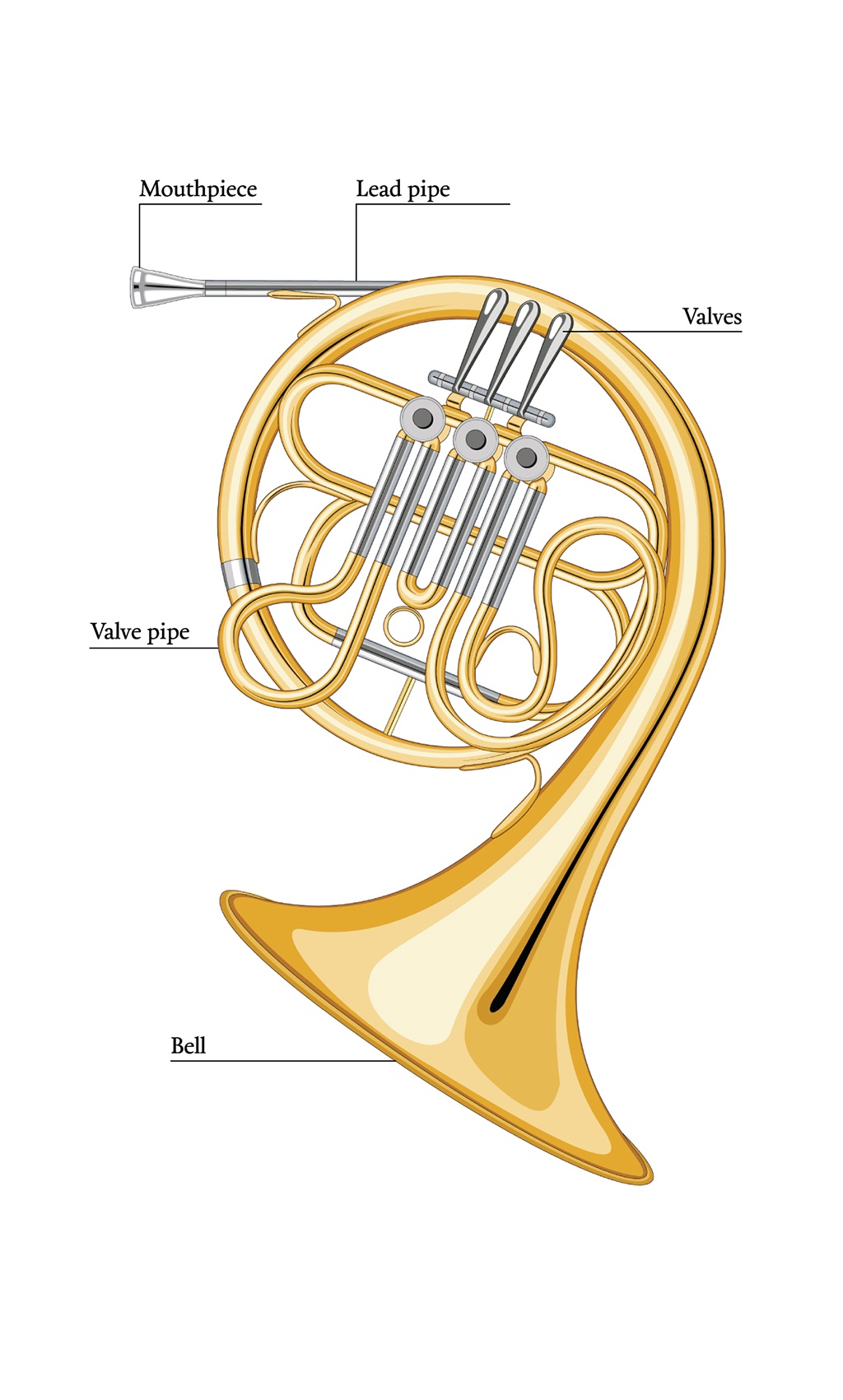 In the brass family, the French horn, or just horn for short, is easily identified thanks to its round body. It is constructed out of brass, a mix of copper and zinc, lending it its golden colour. There are generally four in an orchestra, but there can be up to eight! Sound is produced by blowing air and making one’s lips vibrate against the mouthpiece (called buzzing), which in turn resonates throughout the body of the instrument. The horn has both a mellow and majestic sound.

The horn section of the Orchestre Métropolitain

Played exclusively outside in the past, the horn was used to send signals from one hunting party to another, as well as in war, then gradually made its way into the orchestra. It was modified over the years by adding more tubes and keys, increasing the range of the instrument. Its shape was originally conceived so that the player could carry the instrument over his or her shoulder.

In the first musical excerpt, from Oliver Messiaen’s L’Ascension, the four horn players in the orchestra play in “unison”, meaning that they play the same notes at the same time, therefore making their melodic line more powerful. In the next two excerpts, the first horn plays magnificent solos, accompanied by the rest of the orchestra.