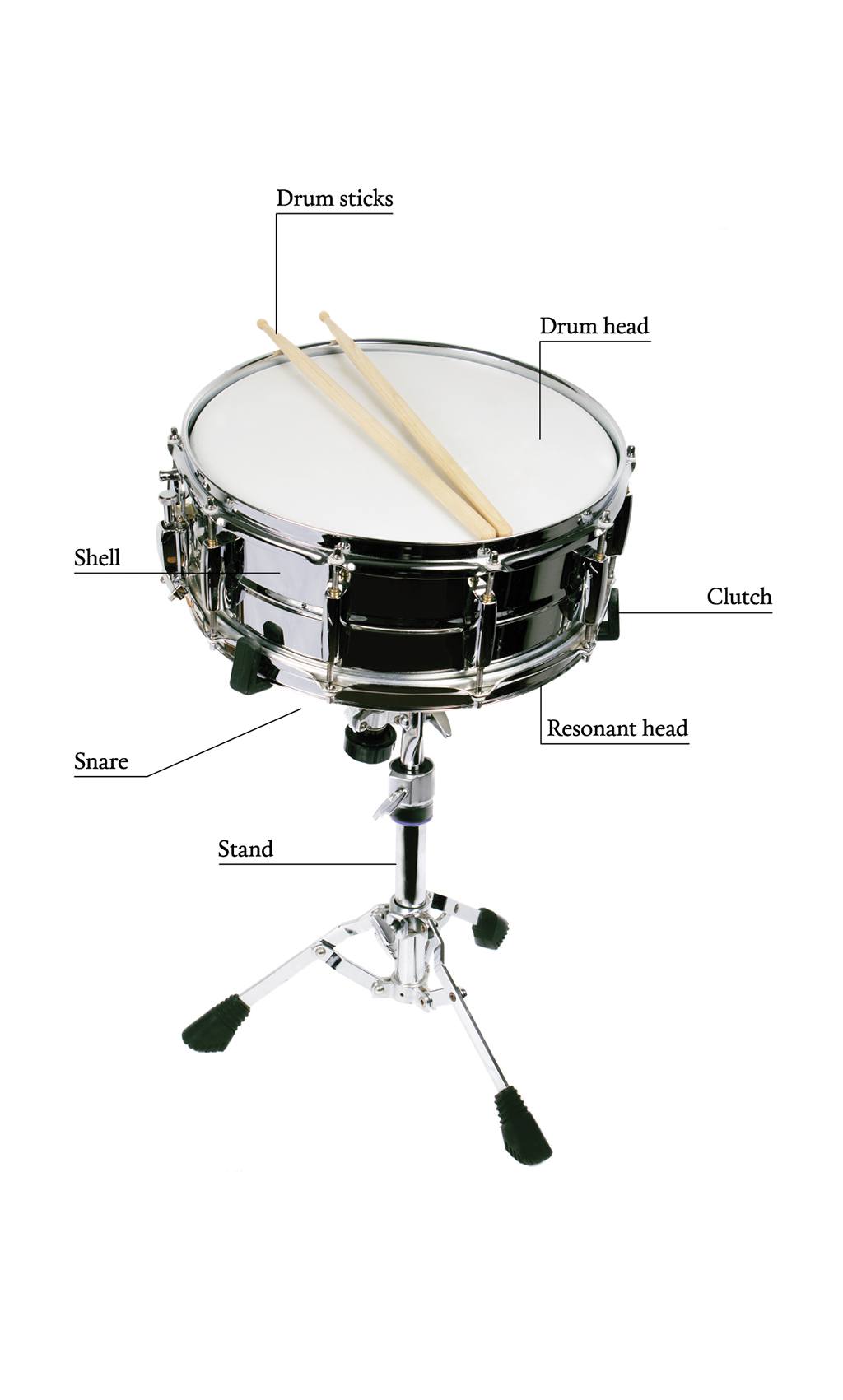 Drumroll, please! Well before it became an essential part of rock music, and even before integrating into classical music, the snare drum was used to accompany military exercises. It is therefore not uncommon for its sound to be associated with a military march. Its unique sound comes from a band of taut metal cords, called the snare, which extends across the bottom of the drum, called the snare head, making a rattling sound when the player strikes the drum head. It takes much control to play.

The metallic, beaded strings which extend across the bottom of the drum tend to vibrate “sympathetically” when other orchestral musicians play, which causes an unwanted white noise. It is for this reason that snare drums have a switch which allows the player to activate and deactivate the snare when necessary.

In these three excerpts, the snare drum, with its regular beating pattern in a march tempo, adds a military flair to the music. We can clearly hear the drum roll at the beginning of the second excerpt, from Rachmaninoff’s Symphonic Dances. In the third excerpt, inspired by the skirmishes of January 9, 1905 in St. Petersburg, Shostakovich uses numerous percussion instruments to represent the harshness of the battle, particularly with the distinctive hits of the tam-tam.