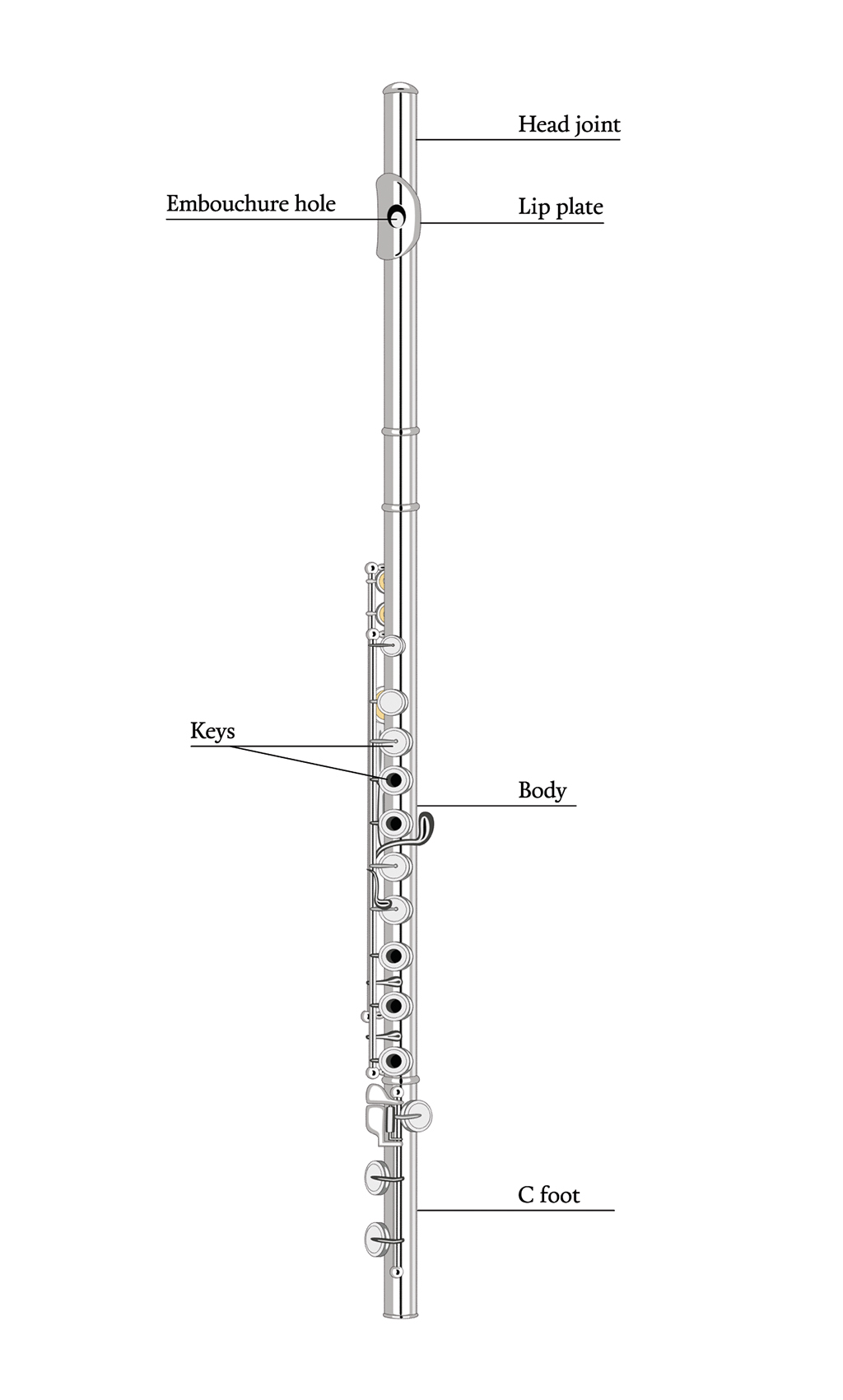 Though the modern flute is constructed of metal, it is actually considered part of the woodwind family, as earlier iterations of the instrument were made of wood. Modern flutes are made of silver, gold, or platinum. Players hold the instrument horizontally and blow across the embouchure hole in order to produce a sound. There are generally two flutists in an orchestra, with the possibility of three or even more, depending on the orchestration of the piece.

Marie-Andrée Benny and Jocelyne Roy, Principal and Second Flutes of the Orchestre Métropolitain

The flute is one of the oldest instruments in the world. Some ancient flutes which have been discovered were over 40,000 years old! The flute that we know today, however, comes from the 19th Century.

Compared to the other orchestral instruments, the flute (along with its little brother, the piccolo) is certainly the best at mimicking the songs of birds! Stravinsky uses the flute to imitate the song of the nightingale in the first excerpt. In the second excerpt, from Prélude à l’après-midi d’un faune by Claude Debussy, celebrates the flute whose melody transports listeners to a magical universe... Finally, we can almost hear the flapping of the wings of the birds in "Volière" a movement from the Carnaval des animaux by Camille Saint-Saëns.