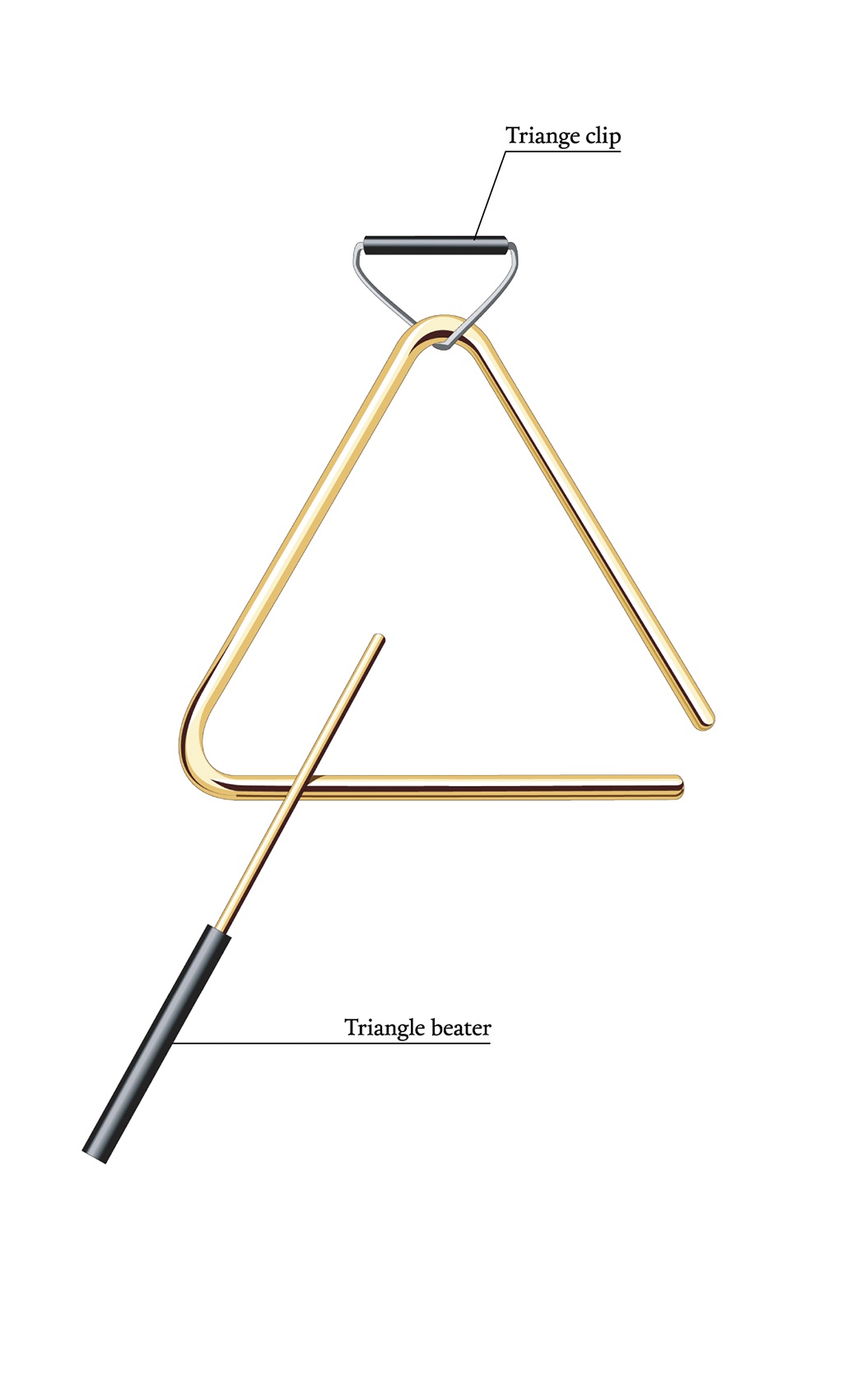 The triangle, essentially a metal bar folded into a triangular shape, is true to its name! It is played by hitting the body with a stick called a triangle beater. In the orchestra, it is generally used to punctuate musical phrases, as its bright, percussive tone easily soars over the sound of the rest of the orchestra. The musician holds the instrument or attaches it to a stand via a triangle clip, and hits the bottom part of the instrument. Don’t be fooled by its simple and unimposing shape, it isn’t that easy to play!

The triangle comes in many sizes, with the largest having sides 40 centimeters long! The pitch of the triangle is determined by its size: the smaller the instrument, the higher the pitch.

In the first excerpt, from Franz Liszt’s Concerto for Piano No. 1, the pizzicatos in the string section seem to converse with the sound of the triangle. Throughout the second excerpt from Rossini’s opera, William Tell, the percussionist continuously and rapidly hits the sides of the triangle to create a seemingly unbroken sound, called a “tremolo.” In the last excerpt, from Stravinsky’s Petrushka, the triangle plays on every beat.