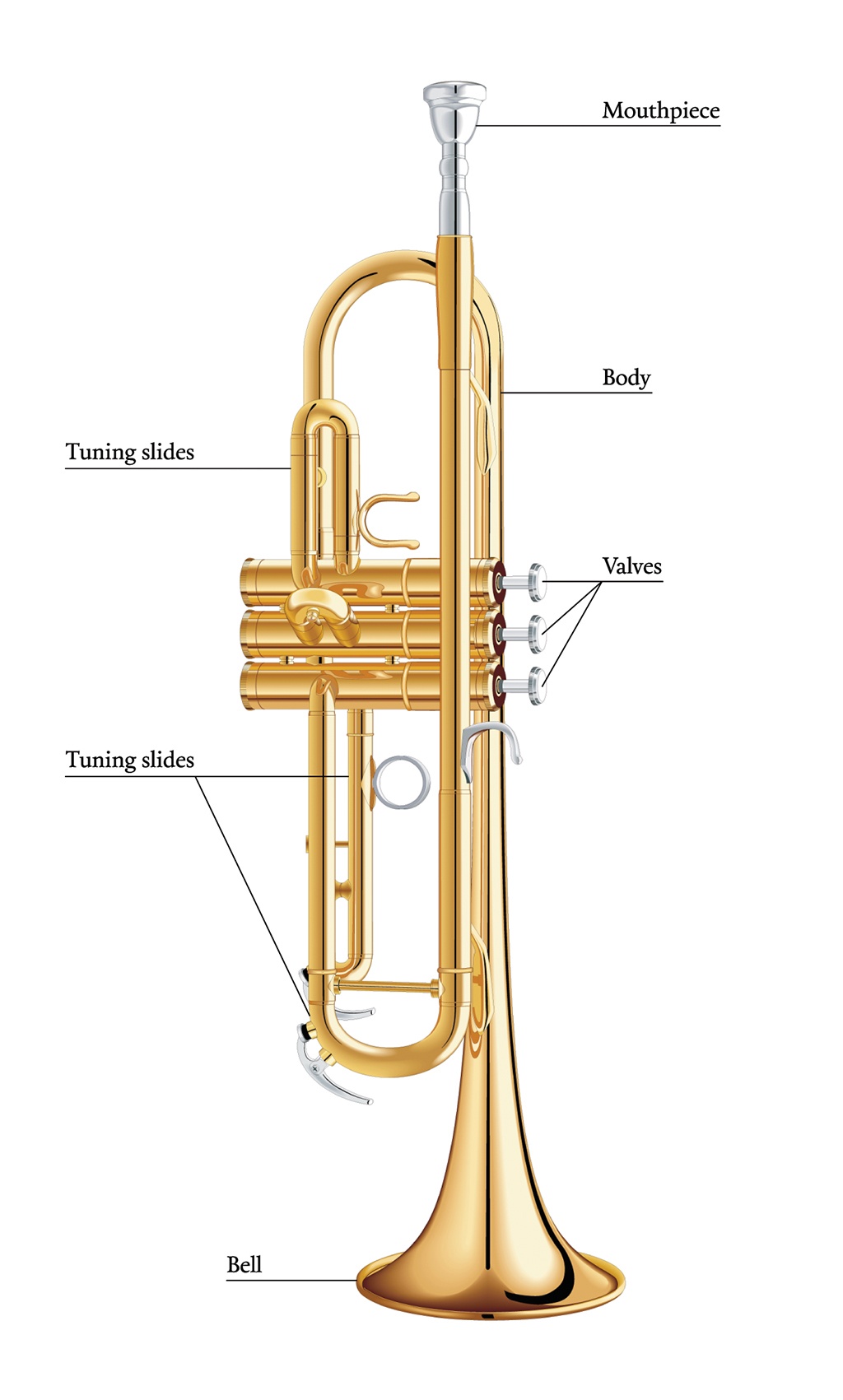 Part of the brass family, the trumpet is made from a metal alloy called brass, which is a mix of copper and zinc. There are generally two to four trumpets in an orchestra. Trumpets can play so loudly that they were initially only used in large outdoor ceremonies. It was, however, integrated into the orchestra once the instrument could be played more softly. Trumpets are often associated with military ceremonies but it can also produce sweeter sounds enabling it to play a wide array of repertoire.

In spite of only having three valves, the trumpet can produce a large range of notes thanks to adjustments a player makes to his or her air and the position of their lips to the embouchure of the instrument.

Though the trumpet is heard accompanied by its orchestral colleagues in the first excerpt, it plays alone, introducing the movements of the symphonies by Antonín Dvořák and Gustav Mahler in the second and third excerpts.

Symphony No. 5: I. Trauermarsch (Funeral March)