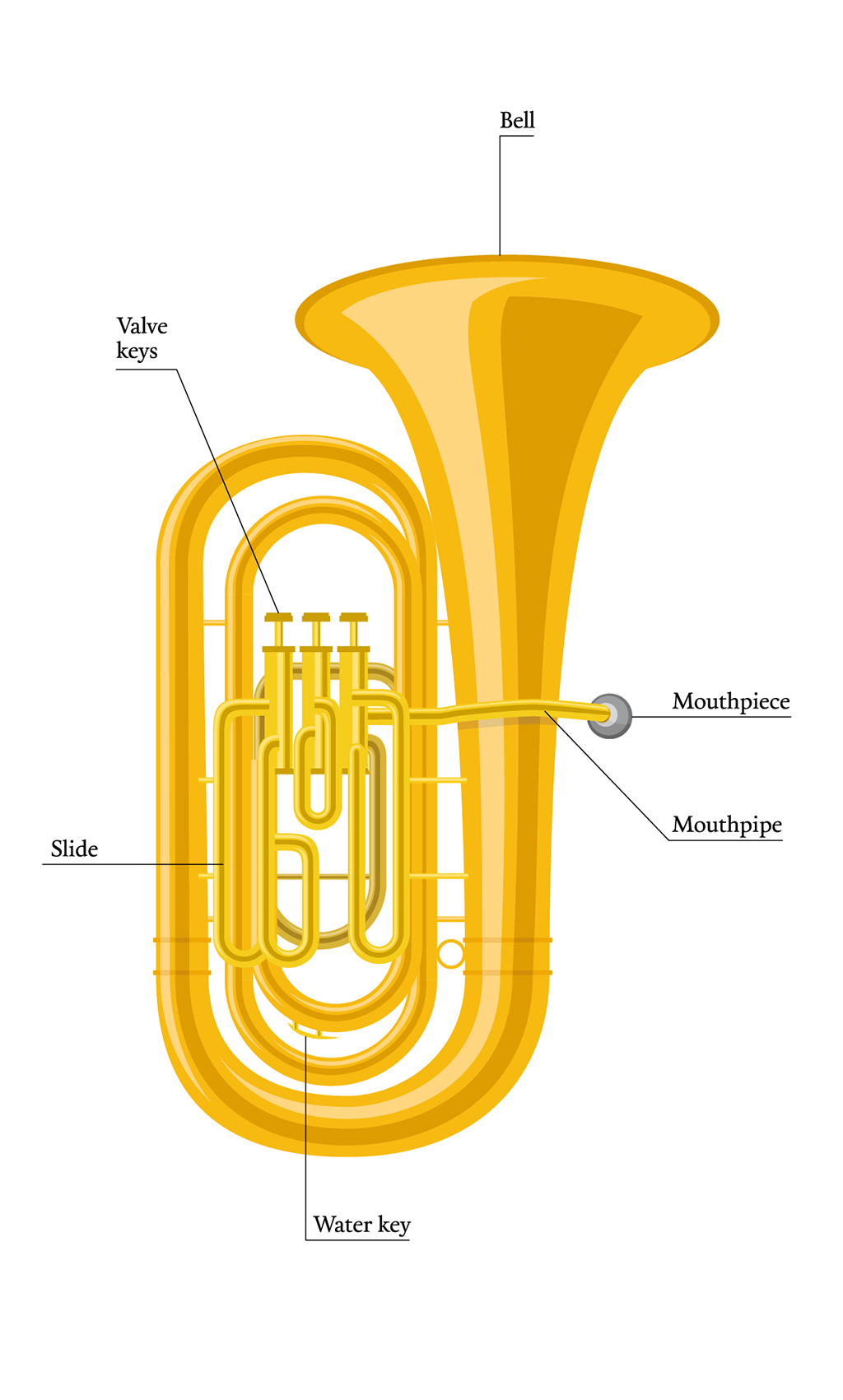 The lowest instrument in the brass family, the tuba is so big that it practically hides the tuba player from view when he or she plays! There is generally only one tuba in an orchestra. The player rests the instrument on their leg, who produces sound by blowing and “buzzing” into the mouthpiece, pushing down or releasing the valves to change the pitch.

There are actually many kinds of instruments in the tuba family, used in many kinds of ensembles. Most orchestral repertoire is written for the tuba in F, and sometimes even calls for the lowest of tubas, the tuba in C.

In the first excerpt, from George Gershwin’s An American in Paris, one can clearly hear the tuba solo over the string accompaniment. In the second excerpt, Modest Mussorgsky evokes images of the heavy footsteps of an ox pulling a cart with the melancholic melody of the tuba, this time accompanied by the bass section.

An American in Paris

Pictures at an Exhibition: IV. Bydlo

Symphony No. 5: I. Trauermarsch (Funeral March)