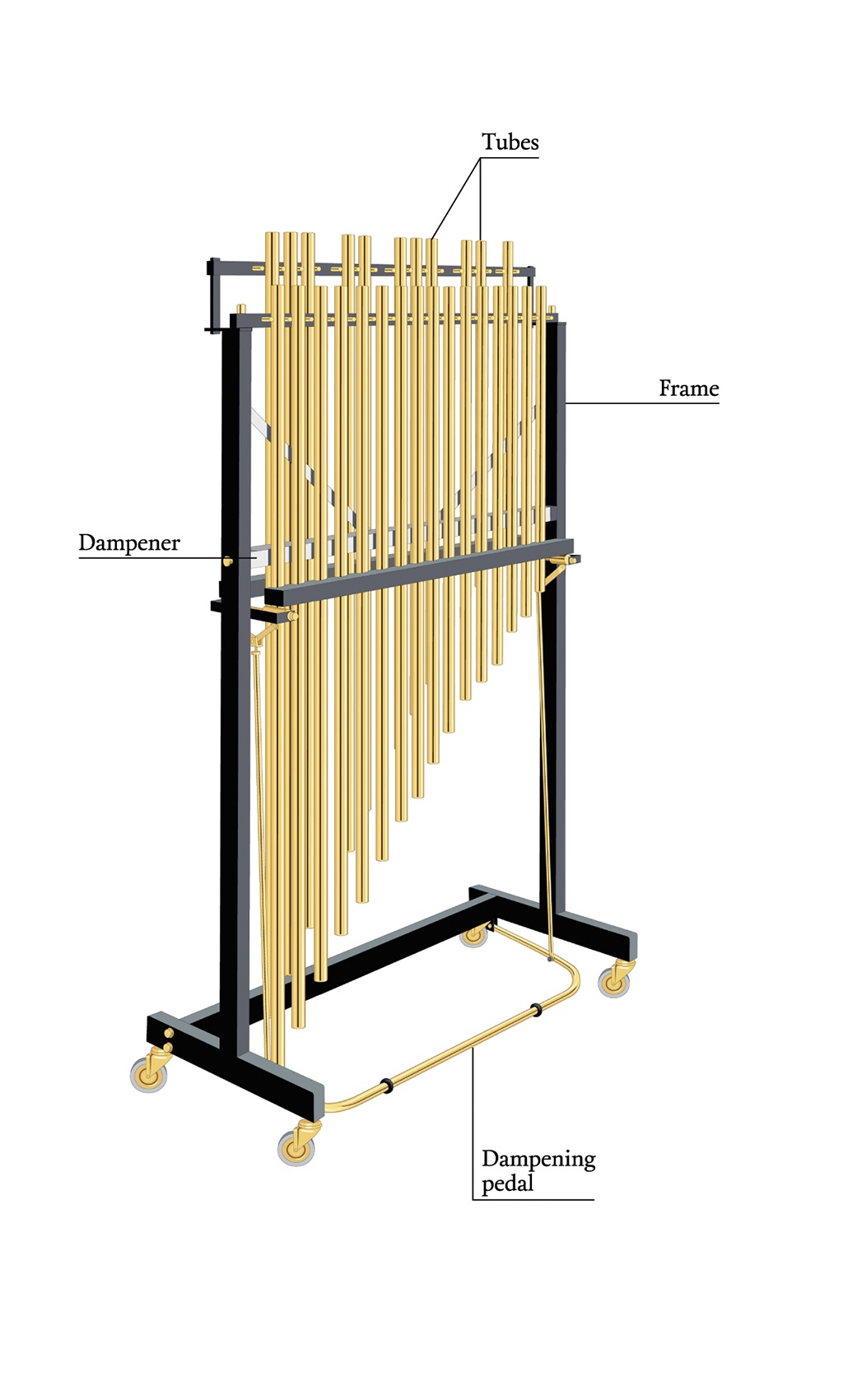 Also known as “chimes”, tubular bells allow a musician to mimic the sound of church bells from within an orchestra due to the instrument being adapted to being played on stage. The instrument generally has 17 long metallic tubes of varying size, the shorter having a higher pitch when struck, and the longer having a lower pitch. The player strikes the top rim of the tubes with a hammer, causing the instrument to resonate with sound.

It is possible to remove the tubes from their frame. If a player only needs to play one or two notes, they may decide to hang only the necessary tubes on a separate stand, which has the added effect of making the tubes resonate for a longer amount of time.