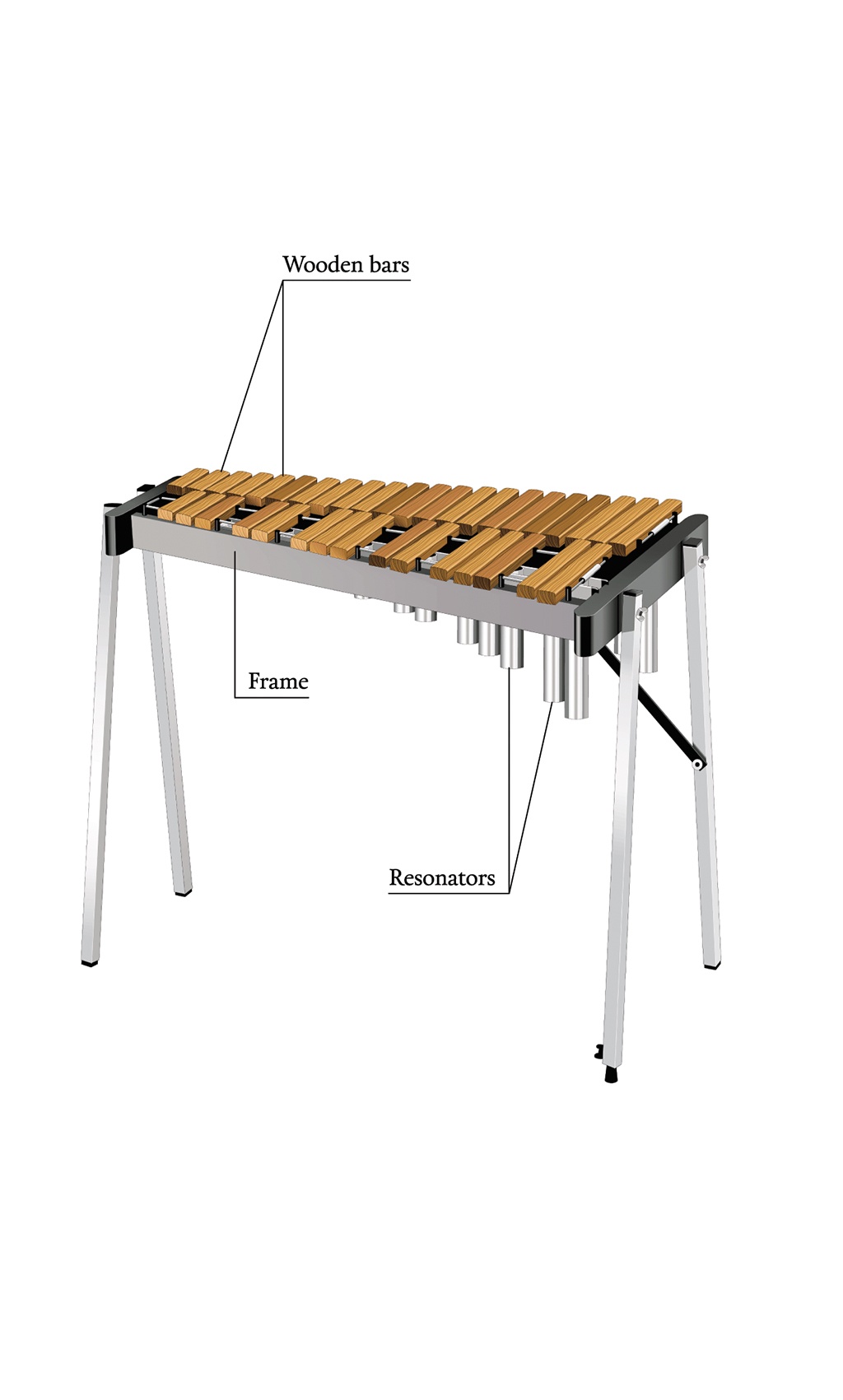 The xylophone is part of the percussion family, and is composed of a frame which supports wooden bars of varying lengths, generally placed in the same way as a piano keyboard. It is played with two or more mallets which the player uses to strike the wooden bars to produce a note. In order to play all the notes, the player must physically move from one end of the instrument to the other. The xylophone is the larger cousin of the glockenspiel, whose bars are made of metal instead of wood.

The word “xylophone” comes from the greek “xylo”, meaning wood, and “phon”, meaning sound. The instrument which we use today in an orchestra only recently appeared in the percussion section: it was Camille Saint-Saëns who used it first in one of his compositions at the end of the 19th Century.

In the first excerpt, from a work for twelve instruments by Paul Hindemith, the violins play the same notes as the xylophone, but one octave lower. In the Scherzo from Mahler’s Symphony No. 6, the sharp ping of the xylophone can be heard over the “tutti”, where all the instruments of the orchestra play at the same time.